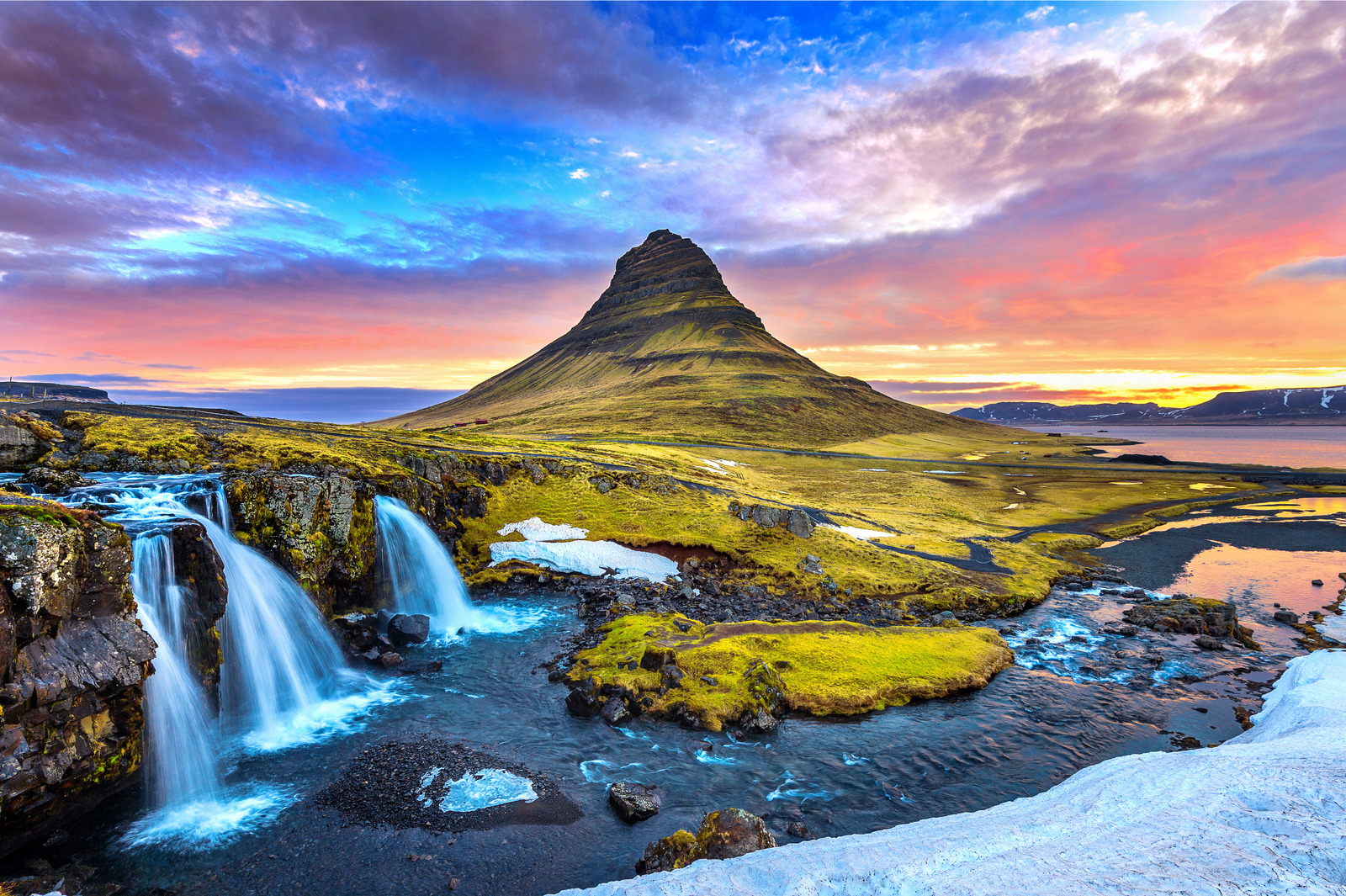 What is Dettifoss Waterfall?

Dettifoss Waterfall is the second most powerful waterfall in Europe after the famous Rhine Waterfall. It is located in the Vatnajökull National Park in the northeast region of Iceland. This is also the most voluminous waterfall in Iceland. This majestic waterfall stands 45 meters tall and 100 meters wide.

Dettifoss Waterfall is one of the major tourist attractions of Iceland and is one of the sites that makes the famous Diamond circle of Northern Iceland. There is a great viewing platform near the water that gives the perfect view of the waterfall as well as the nearby countryside.

Dettifoss Waterfall lies on the north of the ring road that encircles Iceland. It can be reached in about 7 hours if you drive from the capital city of Reykjavík. There are two routes that connect Dettifoss to the ring road. It can be accessed in all seasons by Route 862 which is a tarmac road and will take you to the western bank of the waterfall. If you love off-road adventures, you can reach the eastern bank of the waterfall by the old gravel Route 864 which is only accessible in the summer months.

Dettifoss Waterfall is locally known as “the beast” because of its sheer power. The name Dettifoss loosely translates to “the collapsing waterfall”. It is stunning, to say the least, and the mist from the waterfall is visible from miles away. If you are lucky, you can also witness the beautiful rainbow in the mist above the waterfall.

The source of Dettifoss Waterfall is a powerful glacial river “Jökulsá á Fjöllum” that flows from the largest glacier in entire Europe. It forms a beautiful canyon and the entire area lies under the largest national park of Iceland, so it is well protected. Apart from Dettifoss, you’ll find two other beautiful waterfalls in the canyon Selfoss and Hafragilsfoss.

Surrounding Sites and Nearby Attractions

First, the journey to the Dettifoss Waterfall is itself amazing and filled with tons of wonderful sites. On the way to the waterfall, you’ll come across the town of Akureyri, also known as the “Capital of the North”. It is the largest town outside the capital city of Reykjavík.

Here Are Some Of The Best National Parks In Argentina

Another great town in the area is Húsavík which is a coastal town that claims the title of the best whale watching town in Europe. If you are a “Game of Thrones” fan, you’ll come across the renowned Dimmuborgir and Mývatn on the way to Dettifoss. These places were used as a set in the famous show.

There are also some great activities that you can do near the waterfall such as a 34 Km hike to the Canyon of Asbyrgi or a smaller 1 Km hike to Selfoss Waterfall.

Dettifoss Waterfall by Guide to Iceland