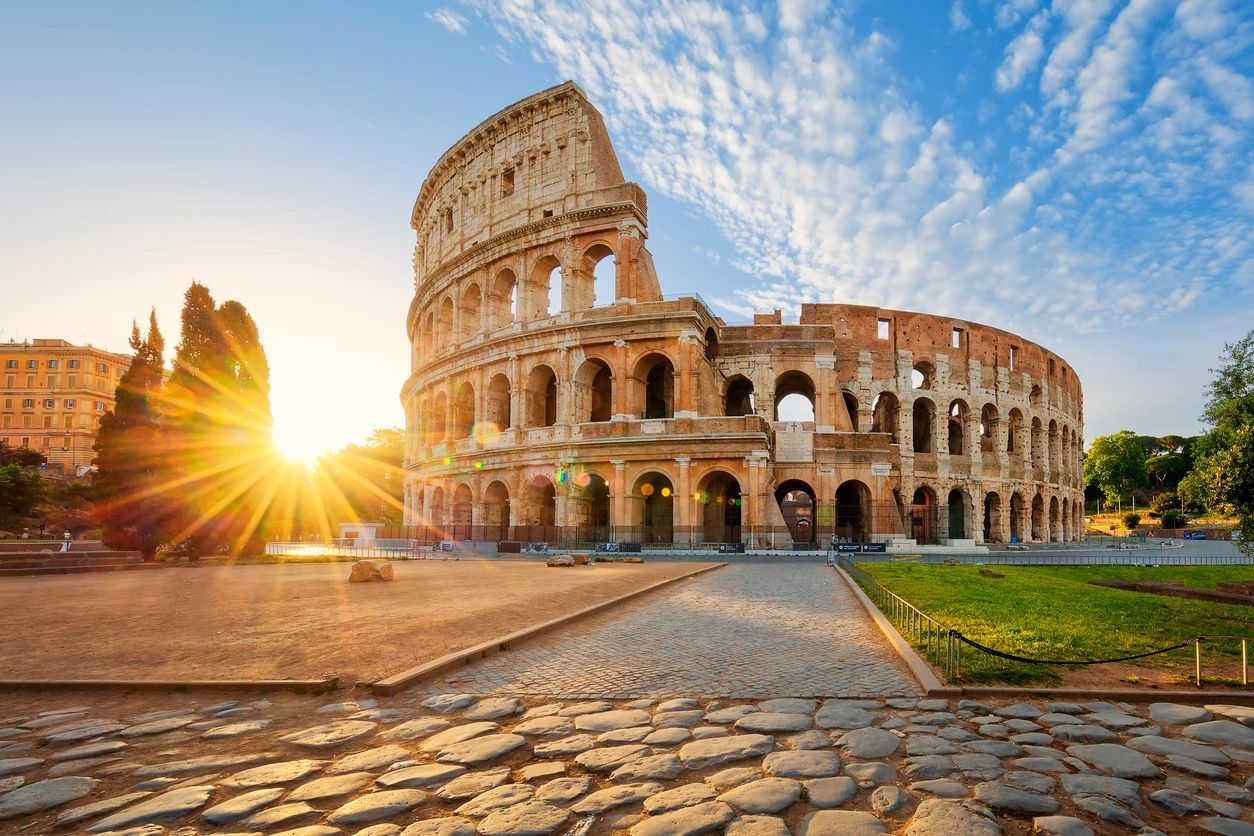 Italy is one of the main tourist destinations in Europe and the world, with more than 54 million tourists a year, thanks to a large amount of history and traditions it hosts. All this cultural wealth can be seen in its cities, especially the huge monuments that Italy has.

According to UNESCO, making a review of the main monuments in Italy is not easy since it is the country with the most World Heritage Sites. Even so, five of the best and most important monuments and landmarks of Italy have been selected as the five places that everyone should visit and the ones that would help you choose which Italian city to travel to.

Top five monuments and landmarks to visit in Italy

The Colosseum is the main symbol of Rome, and it is one of Italy’s main tourist attractions. Every year more than six million tourists visit this imposing construction that, with almost 2,000 years old, will take you back to the Roman Empire. Since 2007 it has become one of the Seven Wonders of the Modern World. The construction of the Colosseum began in the year 72 under the Vespasian regime and ended in the year 80 during the mandate of Emperor Titus. After the completion of construction, the Colosseum became the largest Roman amphitheatre, with a capacity for 50,000 people and dimensions of 188 meters in length, 156 meters in width and 57 meters in height.

The Leaning Tower of Pisa is one of the most famous icons in Italy. His figure has served as scenery for millions of travellers who have made Pisa tourism one of the points on their holidays in the Alpine country. The Tower of Pisa is actually the bell tower of the Cathedral of Pisa. Together with the baptistery and the cemetery form, Unesco declared a World Heritage Site in 1987. Many believe that if it were not for its inclination, the Leaning Tower would be one more among so many, a monument without a special attraction. The truth is that its figure has made her famous, but it does not stop being an architectural work of art, with delicate carving work.

Few cities can boast more charm and romance than Venice, so it had to be on a list of Italian monuments. With its canals, narrow alleys, gondolas and carnivals, the city itself is one of those places that one has to visit at least once in a lifetime. In this case, this square is highlighted as the epicentre of the city, the Piazza de San Marcos. In this square, you can visit the magnificent Basilica of San Marcos and its bell tower, one of the most beautiful in the country, as well as the Ducal Palace, with its spectacular Gothic arches and symbol of the city’s splendid past. Also, depending on the time, you can find it underwater.

The Florence Cathedral, with its huge dome and its towering Campanile, is one of the city’s images. Both buildings are located next to the Battistero in Piazza del Duomo. The name of the cathedral is Santa Maria dei Fiori. The cathedral construction began in 1296 and ended in 1368, by the architect was Arnolfo di Cambio. Giorgio Vasari and Federico Zuccari carried out the interior decoration of the dome. The different scenes were painted between 1568 and 1579 and represent the Last Judgment.

Valley of the Temples

Sicily is not just about fantastic beaches; in Agrigento, there is the world’s best-preserved Greek temples group. The Valley of the Temples is a World Heritage Site and was described by Pindar as “the most beautiful of mortal cities”. Founded in 580 B.C., it retained its splendour until 406 B.C., when the Carthaginians besieged and looted the city, which had 200,000 inhabitants. Again in Roman times, Agrigento enjoyed importance in the 3rd century BC. until its final decline with the arrival of Byzantines and Christians who razed its pagan temples. It was abandoned until it became an archaeological site.

Italy has much more than just 5 monuments or landmarks. Actually, just Rome itself has more than 100 landmarks to see. However, many people often mention that they don’t know which city to choose when they decide to visit Italy since it is full of history and beautiful monuments.