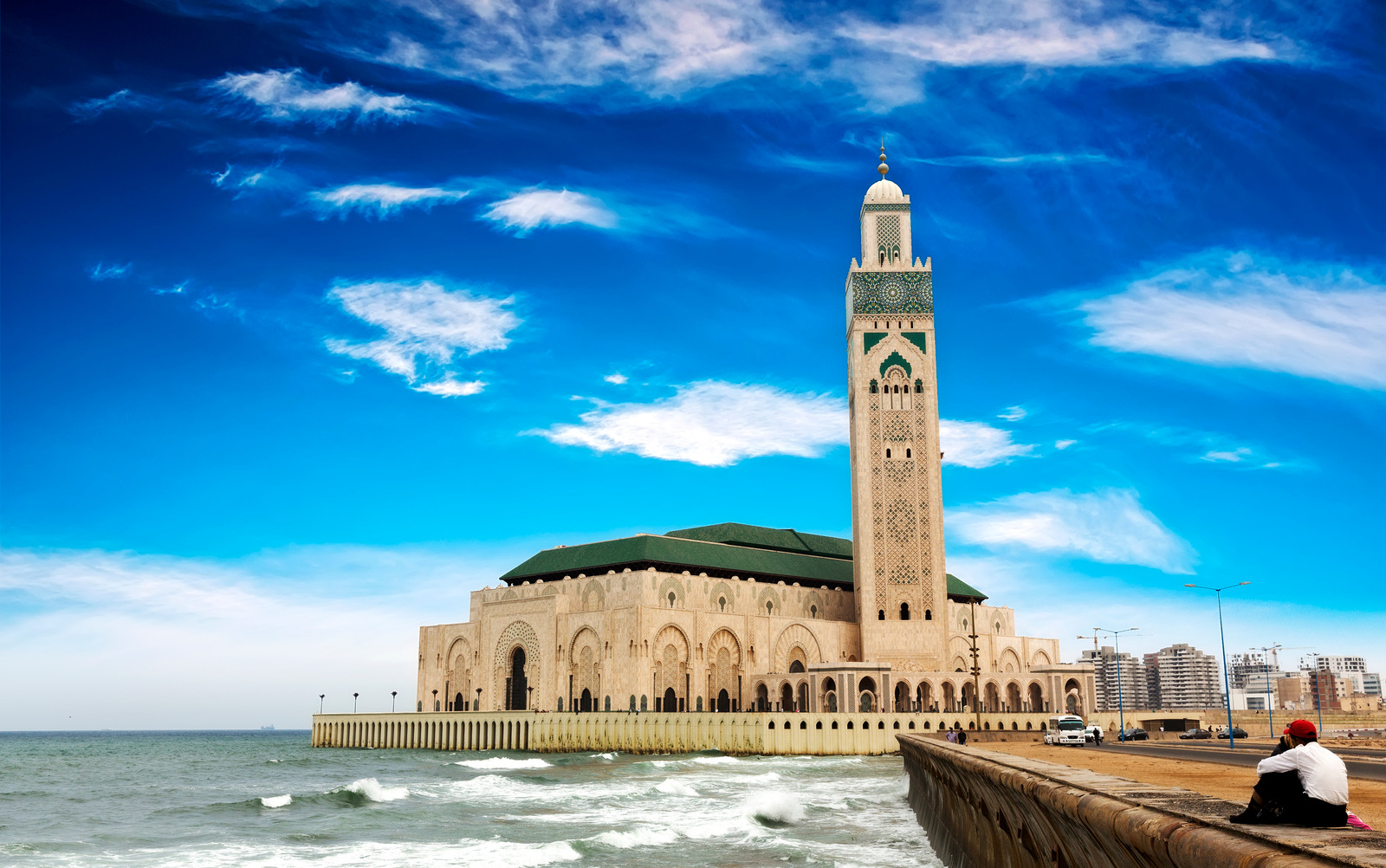 Kenzi Tower, Probably the Best Place to Get a Royal Hammam

The Must-Visit Place in Casablanca, Morocco.

The grand Hassan II mosque is situated on boulevard Sidi Ben Abdallah in Casablanca, Morocco. The Mosque complex housing this opulent place of worship is located on a 22-acre land positioned between the harbor and the El Hank lighthouse.

The Hassan II mosque is the seventh largest mosque in the world, and for a long period of time it was the world’s largest. It is the second largest functioning Mosque with the world’s second tallest minaret. The minaret houses a laser light whose beam is directed towards Mecca.

The mosque complex is built on an outcrop extending out over the Atlantic Ocean. Two breakwaters have been constructed to protect the Mosque complex from erosion caused by the high sea waves (over 10m) in the area.

The Mosque is a brisk 20-minute walk from the Casa-Port train station. The wide ten-lane boulevard on which the Mosque is located, has shopping avenues and extends right up to the Oued El Makhazine palace.

This magnificent mosque was commissioned by King Hassan II. The construction commenced in 1986. The Mosque took seven years to build and was completed in 1993. The Mosque was built at a cost of approximately 585 million Euros. The cost of construction was funded through public donations, donations from business establishments and from Arab countries. Some Western nations provided loans for the construction, which have since been repaid by Morocco.

The Mosque is built on an opulent scale with hand-carved stone work, plush marble flooring with intricate inlays and gilded cedar wood ceilings. The building style incorporates Islamic architecture blending Moroccan and Moorish influences. Its layout adopts the basilican plan, which is different from the traditional T-shaped plan for Mosques common in most North African countries.

The ground floor accommodates the prayer hall. The hall is centrally heated with a retractable roof, and the worshipers, on clear nights, can pray under the stars. The minaret at 210m height is a major city landmark. The ablution room for the worshippers and a grand Hammam(bath) are located in the basement with a separate entrance. The Mosque complex also houses 41 beautifully decorated fountains and a carefully tended garden.

Visitors to the Mosque need to be modestly dressed (knees and upper arms to be covered). A headscarf is not mandated for women visitors. Guided tours of the Mosque complex last about 45 mins and include visits to the central hall and the ablution area.