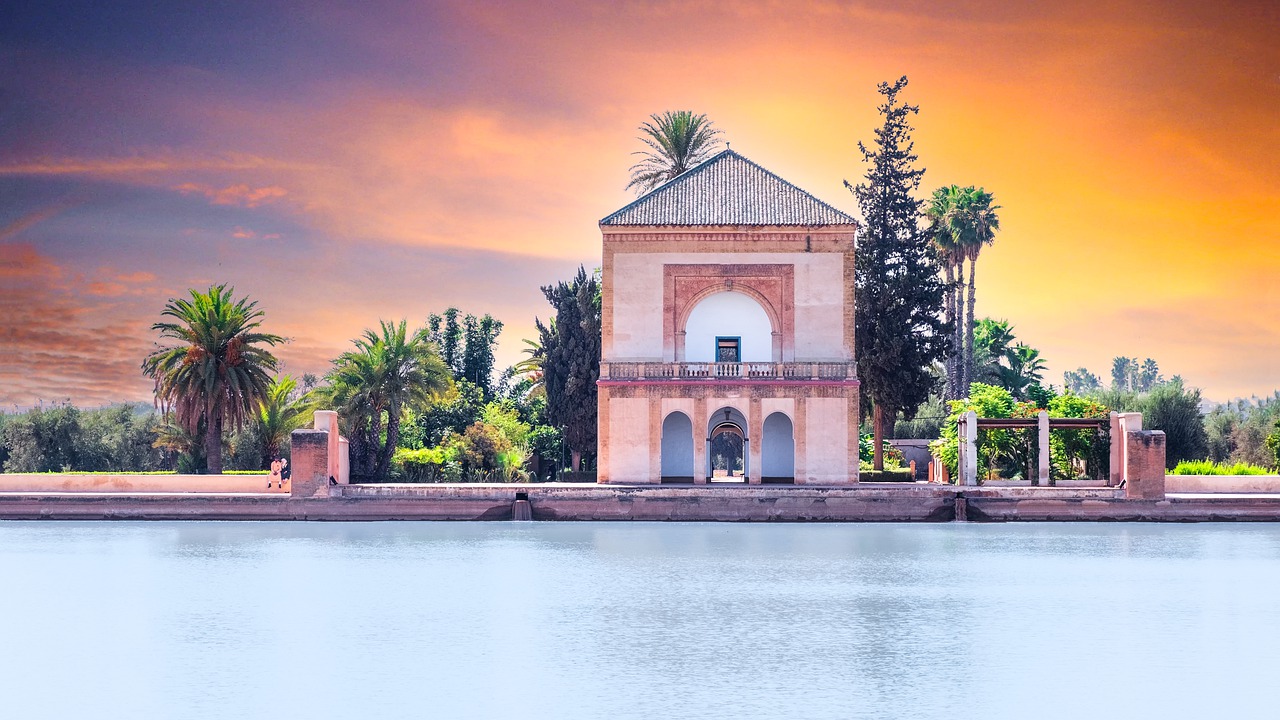 5 Of The Most Impressive Hotels in The World

Marrakesh is the fourth largest city in the Kingdom, located at the foothills of the Atlas Mountains, with no exit to the sea. Berbers have inhabited Marrakesh since Neolithic times. The city was founded in 1070 by Emir Abu Bakr ibn Umar as the imperial capital of the Almoravid Empire. The red walls of the city, built by Ali ibn Yusuf in 1122–1123, and various buildings constructed in red sandstone afterwards, have given the city the nickname of the “Red City”.

The old and magical Marrakesh, full of palaces, mosques, markets and gardens, is one of those cities that you cannot miss. Its Medina, surrounded by great walls and entrance gates, is spectacular, where staying in a riad is the best thing you can do to enjoy the authentic essence of the city.
Marrakesh is the most visited city in Morocco where you will find a lot of tourism, even becoming a bit overwhelming if you are in a rush hour in the most visited places, so organizing your visit will help you discover the real Marrakesh.

Celebrities like Yves St Laurent and Jean-Paul Gaultier lived in Marrakesh for many years. Throughout the years, the city has become popular, stealing people’s hearts by its colours and magical Arabian nights.

Some reasons why you should visit Marrakesh

The Majorelle Gardens, a must-visit!

The Majorelle Gardens are the most beautiful gardens in the city and one of Marrakesh’s must-visit places. These botanical gardens were designed and created by the French Orientalist artist Jacques Majorelle over almost forty years, starting in 1923, and features a Cubist villa designed by the French architect Paul Sinoir 1930s. The property was the artist’s residence and his wife from 1923 until their divorce in the 1950s. In the 1980s, the fashion designers Yves Saint-Laurent and Pierre Bergé purchased the property, who worked to restore it and spend most of their living years. Today, the garden and villa complex is open to the public. The villa houses the Berber Museum and has recently opened the Yves Saint Laurent Museum.

Top 5 Things To See In The Beautiful City Of Venice